The Unsung Hero Behind The Feldenkrais Method

Its name is an unusual and forgettable one that doesn’t exactly flow off the tongue. In fact, it usually confuses the mind and sometimes even twists the mouths of most people I mention it to who then ask:. “Felden What?!” or then perhaps decide to call it “Felden-Christ”. It’s a common mistake, but it’s pronounced   “FELL-din-krice”. And while it’s far from any religion, it often creates “miracles” of sorts—or great improvements in people’s lives.

The funny thing is, the results of using this method are anything but confusing or contorting. Rather, the outcomes that most people report are feelings of more ease, calmness as well as greater freedom, harmony and flexibility in their bodies. 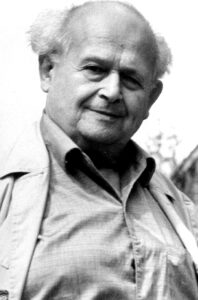 A Modality That Defies Description

Feldenkrais Method® is a holistic body therapy or mind-body healing modality that gently yet very effectively reeducates both the body and brain in a multitude of ways to reduce physical pain and discomfort and bring about more ease and freedom of movement, as well as general improvements in life.

It helps many types of people and has extremely broad application – serving not only the interests and pursuits of performing artists and athletes but the needs of those injured, in chronic pain, or even those with profound neurological difficulties or in recovery from strokes. And everyone in between.

This makes it a truly unique and revolutionary healing method that defies description. It is just SO MANY things rolled into one.  A complex yet beautiful integration of the wide breadth of scientific expertise, studies and interests of its inventor and founder, Dr. Moshe Feldenkrais. 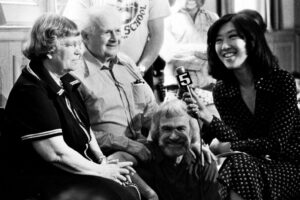 While completing his PhD at the Sorbonne in Paris, Feldenkrais was already a respected, high level physicist doing major scientific work in the laboratory of Nobel Prize winner Irene Joliot-Curie. She and her husband Frederic discovered the first artificial radioactive atoms. In their lab experiments they were also creating controlled nuclear fission reactions to be used in nuclear reactors.

We all know that necessity can be the mother of invention. Moshe lived through many tumultuous times, which certainly fueled his resourcefulness and creative problem-solving. An extremely intense one was the day in 1940 when the Nazis were taking over Paris.

It’s no wonder the Nazis were very interested in the lab work of the Joiliot-Curies. And they were due to arrive soon. Moshe was told by Frederic, “You are not safe here as a Jew. You must leave the country now. And take these materials that the Nazis must not find”.

So Moshe and his wife first began their dramatic run for their lives (and for the protection of sensitive lab files), by car. But after the roads were no longer passable because of bombing, they had to go by foot.

This was a real challenge for both of them. Feldenkrais had a decade old soccer injury that often haunted his knee and made walking difficult. It had been flaring up for days prior to the events. And his wife was born with a bad hip.

After his wife could go no further in their mad dash, Moshe had to muster all his strength and will to push her and his two suitcases with papers in a found wheelbarrow.

They were amazingly able to catch the last boat to leave France and escape to England.

After that, Feldenkrais was heavily involved with top secret British war efforts against the Nazis. Using everything he knew about physics, and the sonar research he had been doing in France, he was enlisted to help detect Nazi submarines that had been attacking British ships.

Before arriving in England, Feldenkrais was also one of the first judo black belts and judo teachers in Europe. Prior to that, he had written a book on unarmed combat from his own experiences in Palestine. While in England he was again called upon to use this specialized expertise. This time by training their paratroopers in unarmed combat. And by night he taught judo self-defense to his colleagues.

Meanwhile his old knee injury would still flare up at times and severely debilitate him. While in Paris, it made him bed-ridden for weeks at a time. Even though back then he’d consulted a top surgeon, Moshe independently resolved that the 50-50 success rate just wasn’t good enough for him.

He had no choice but to take matters into his own hands and figure out what he could. Head on is how Moshe met all his challenges. 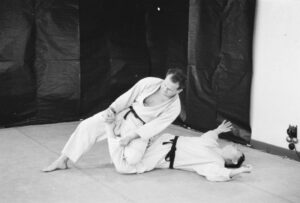 Using both his strong scientific mind and knowledge of body mechanics as well as his strong will to boot, he keenly observed himself while exploring and experimenting with doing a large variety of subtle movements. In the process he deduced the key role that his brain played in his healing.

We’re not talking a mere mind over matter thing. While Moshe did notice that his knee would get worse in times of stress, the problem was far more complex and serious than that.

Feldenkrais studied neuroscience and biomechanics, and in his work to heal himself, he analyzed the complex interplay between his intentionally subtle movements and his brain for many hours.

His personal experiments and full commitment paid off. He eventually healed himself, regaining a fully functional knee, and never needing surgery.

He figured out that the movement habits he had adapted as a compensation for his old injury actually shifted the patterns in his brain—specifically, the motor cortex—for the worse. Both his unhelpful habits, and the resulting flawed brain map of his motor cortex, were the main culprits behind the near disabling scenarios he’d found himself in.

His long-held, unconscious movement habits (something all of us have!), and the way he used his body while walking in particular, were adding insult to injury. They further aggravated his body, making him repeatedly vulnerable to further injury and debilitation. UNTIL his awareness of the fact was raised, and he scientifically solved what were once his stubborn movement problems or conundrums.

He essentially retrained or rewired his brain and nervous system to more effectively direct the movements of his body. And he did so by using a high degree of attention or mental awareness while moving his body in minute and very specific ways. All of this is at the heart of the WHY, WHAT and HOW of the Method’s creation. 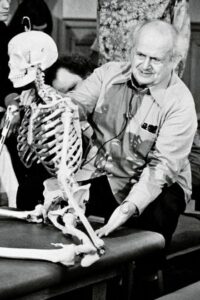 Way Ahead of His Time

Moshe Feldenkrais was an ingenious, innovative scientific thinker and healer who was truly before his time. While in the trenches, literal and figurative, he was discovering things that other scientists would only discover and corroborate years later.

He made tremendous contributions to the human potential movement and the fields of motor development and education, but his most potent and significant discoveries are in the area of body-mind healing, and the more recent field of neuroplasticity, of which he was a pioneer.

Next Blog Post will be on what neuroplasticity is, and how the Feldenkrais Method® massively improved my singing and voice. Stay tuned!

Page load link
I know it's annoying but I must let you know this website uses cookies. Thanks for visiting. OK
Go to Top